Much like the footsteps that echo through the skyway today, Dayton’s department store was once the heartbeat of downtown Minneapolis.

“There were other stores at the time, but Dayton’s was the best,” said Susie Quinn, who started shopping at Dayton’s in the 1970s when she was 19.

Renovation of the century-old building into a mixed-use complex with retail and office space is largely taking place out of sight inside of the historic building’s walls. It has passersby curious about the project’s progress.

“It seems to be taking a long time,” Quinn said.

“It’s a real honor to be involved in a project like this that’s not just the brick and mortar, but also part of the fabric of this community,” Don Kohlenberger said.

Kohlenberger, who represents the building’s new New York City-based owners, The 601W Companies, said construction is about 50 percent complete. But, tearing down walls and revealing the big windows that face Nicollet Mall has shined a light on decades of hidden history.

From classic wallpaper to vintage Vikings tickets and a stamp machine stuck in time with the price still posted at 8 cents each – workers have uncovered some treasured artifacts of decades past. 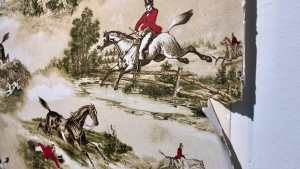 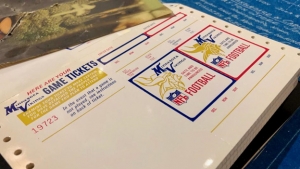 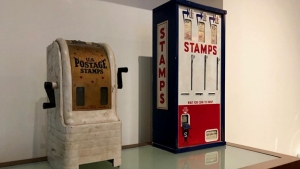 Kohlenberger showed KSTP a few examples of some 1940s-era Easter eggs. Workers found a forgotten crate under a staircase with more than 1,000 inside. There are delivery slips with a Dayton’s logo that dates back to 1918 and even a worn pair of shoes believed to have belonged to a busy store clerk, who you can just imagine rushed around the big building helping countless customers. 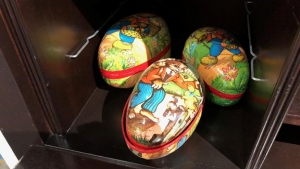 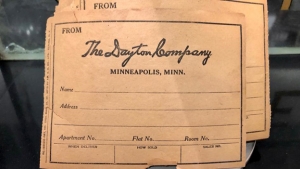 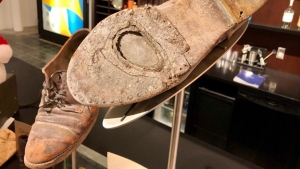 They also found a wallet, which they believe was lost in the store in the 1950s. They’re using the contents to track down the original owner. 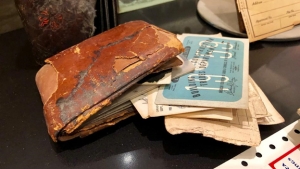 “Not all articles are our possession, some of these are articles that were lost and that’s an ultimate goal for us to reunite those,” Kohlenberger said.

The developers are also asking the public to share their memories of Dayton’s on social media, using the hashtag #TheDaytonsProject.

“I remember having such a bad cough, and I went down there to get some cough medicine and I was coughing so much they sat me down and gave me water first,” Quinn said, as she reminisced about one of her memorable visits.

Project leaders said they are considering different ways to feature some of the old items they found during renovations in the completed building.

The building is scheduled to open in the first quarter of 2020. 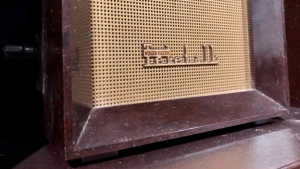 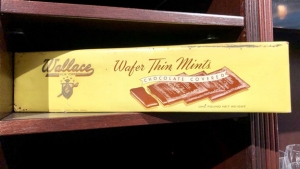 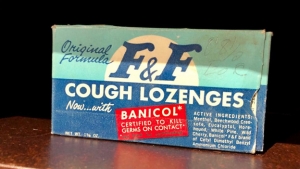 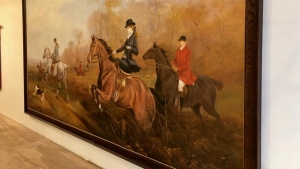 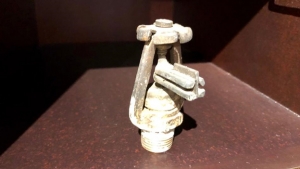 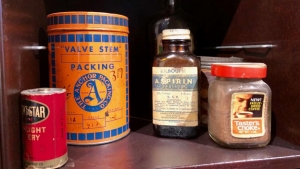 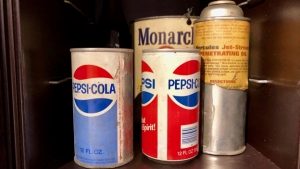 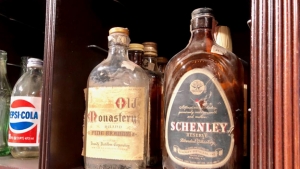